Yesterday when driving me to the Hotel Arche, Dorota asked about the walks I do in the U.S. I told her they were usually 5k or 10K. "Well,' she said, 'you are further from the city center than that." So she graciously came to pick me up this morning and drop me at the new Galeria. 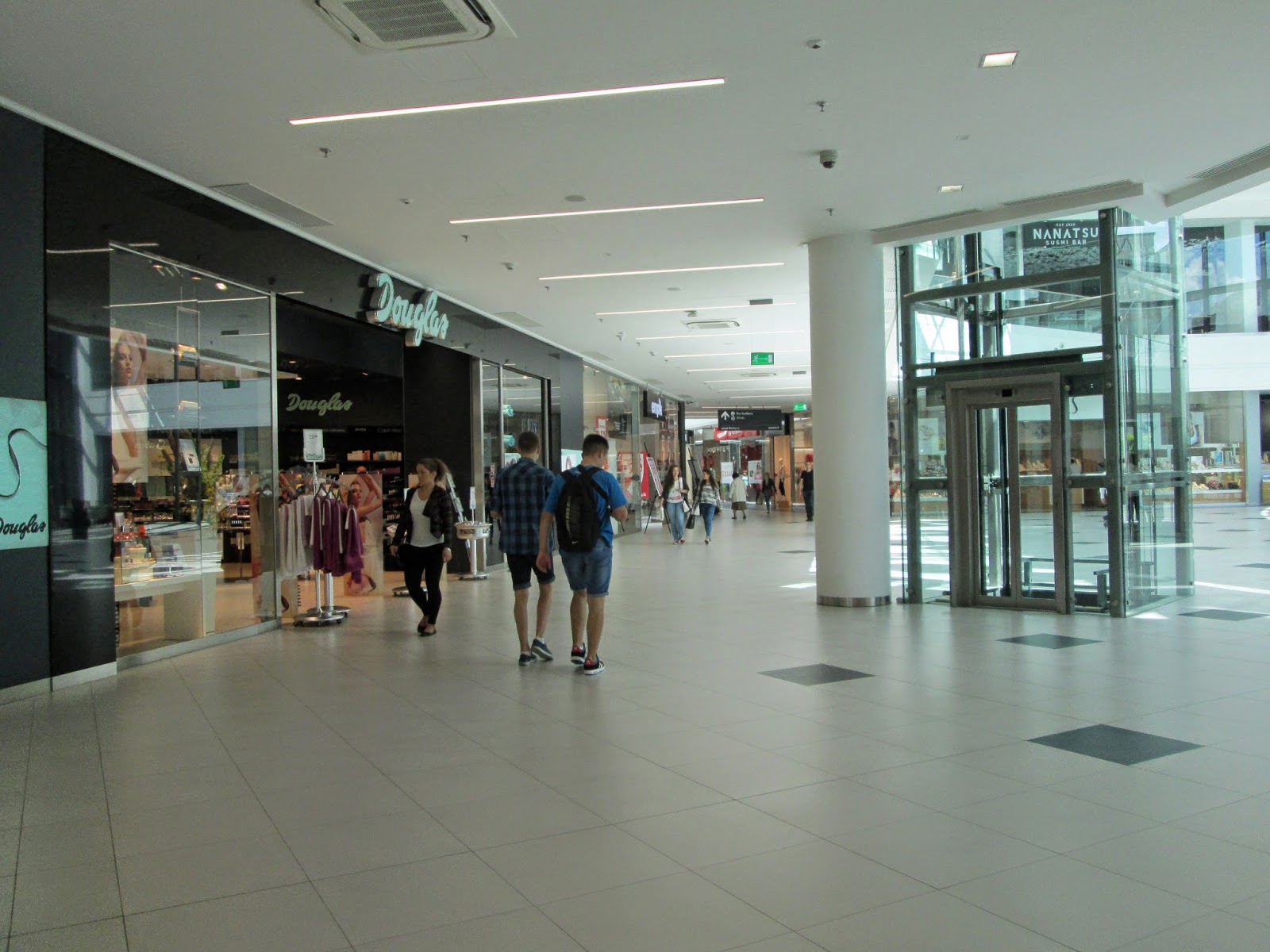 The Galeria is beautifully designed, has clear signage, and it was just pure fun to see it. 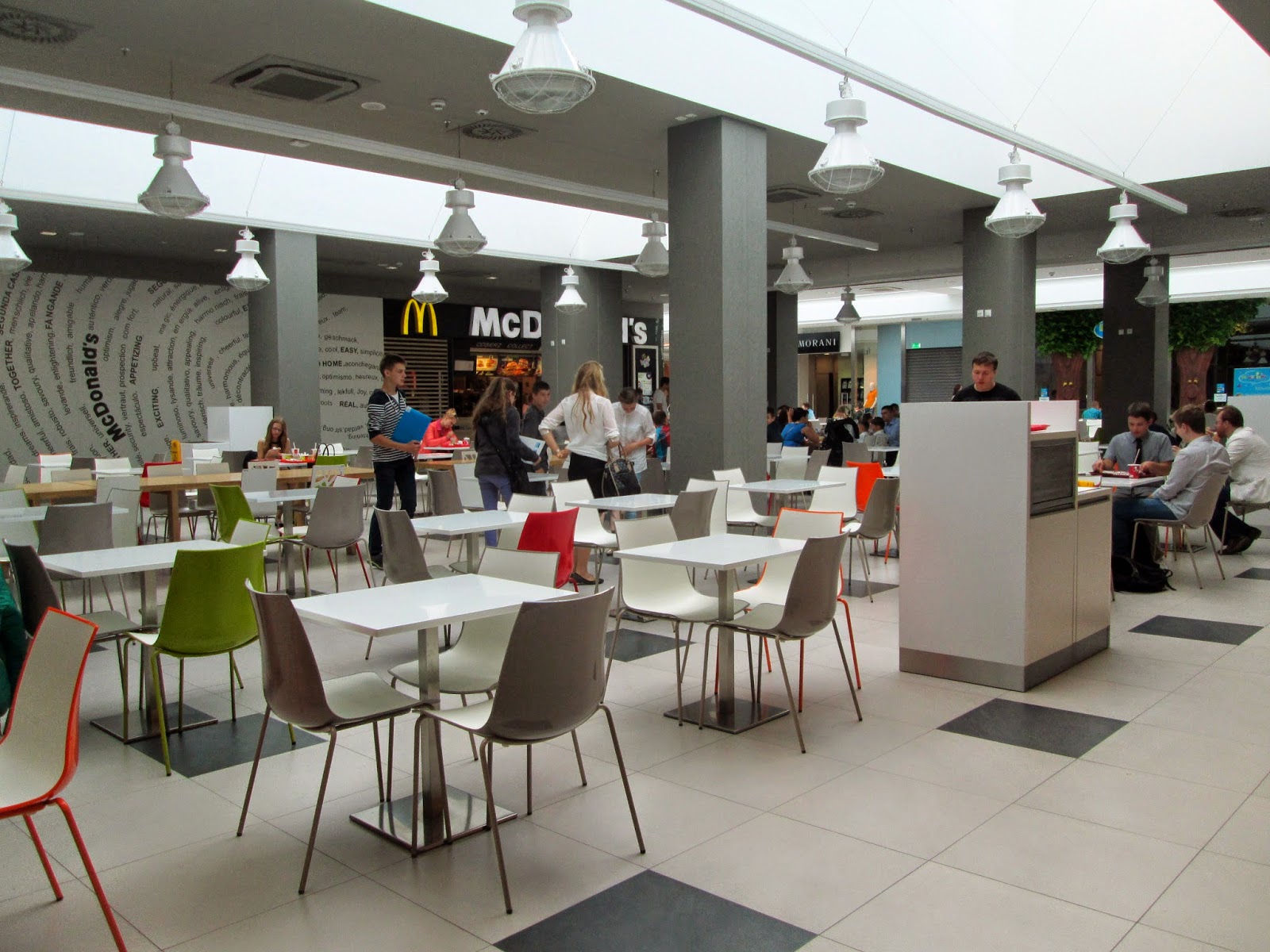 Above is part of the food court. Its customers, now about 10:30 in the morning were students who had just finished school. Dorota had told me I would see students all over town carrying certificates. Apparently on the last day of school students receive certificates indicating completion of a grade and/or news about where they are accepted for transfer as they move to gymnasium (middle school) and high school.

I certainly did window shop all over the place. I only made a purchase in the Empik Store. There I got an 18th birthday card for my granddaughter. An 18th birthday is big in Poland because then one can vote, drink, and what most young people are excited about -- get a driver's license. Many of them still have one year of high school left, since in this age group they did not enter first grade until age 7 years. 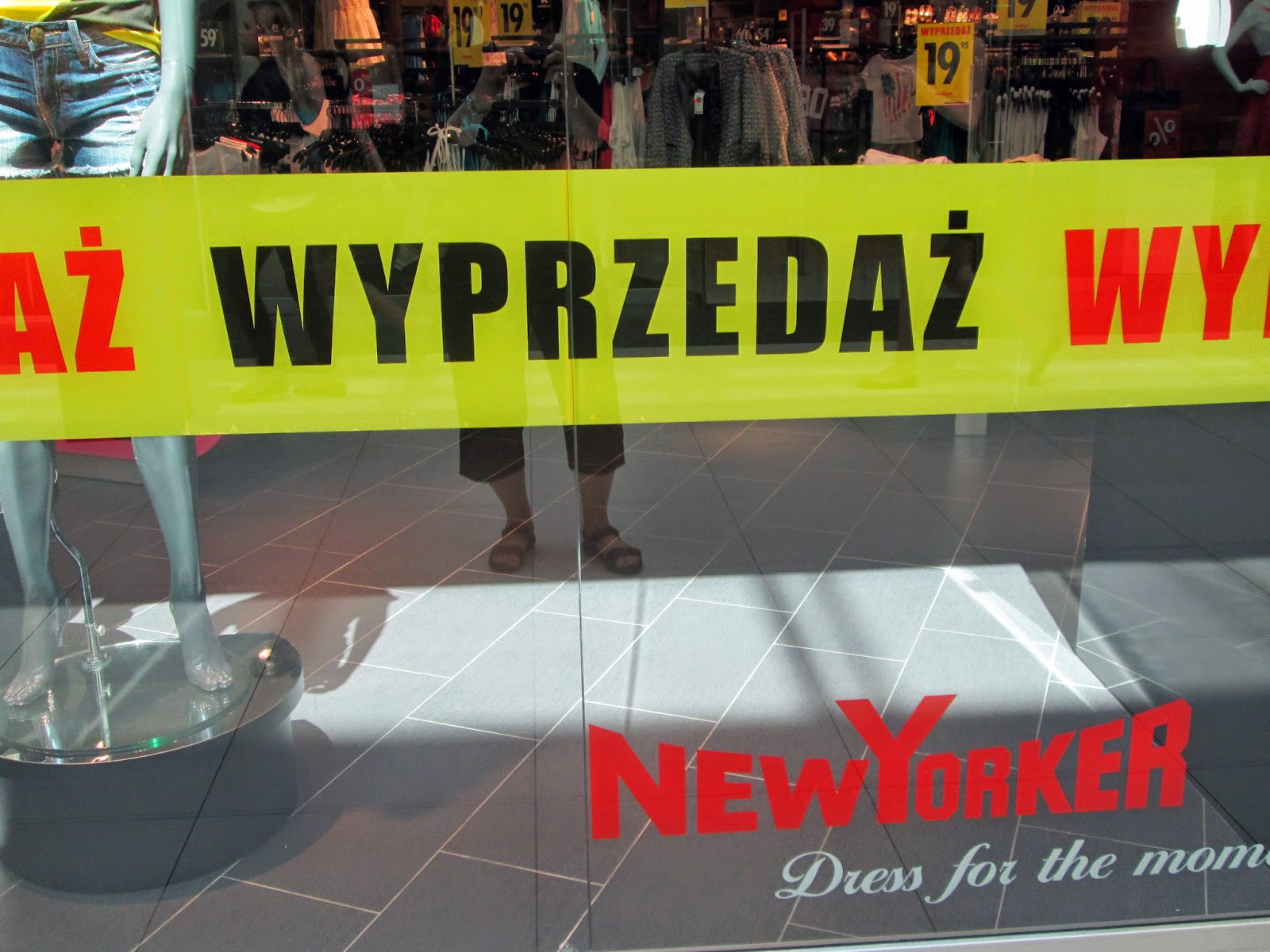 This means sale, and sometimes the sign is written in English too, not even in Polish.

At Empik I also got a set of English language Survival Cards. Each card has a series of phrases associated with common daily activities. I reasoned I could use the Polish half of the phrases for my "survival cards."

In this store I also found candy bouquets. In another I had found tea bouquets. 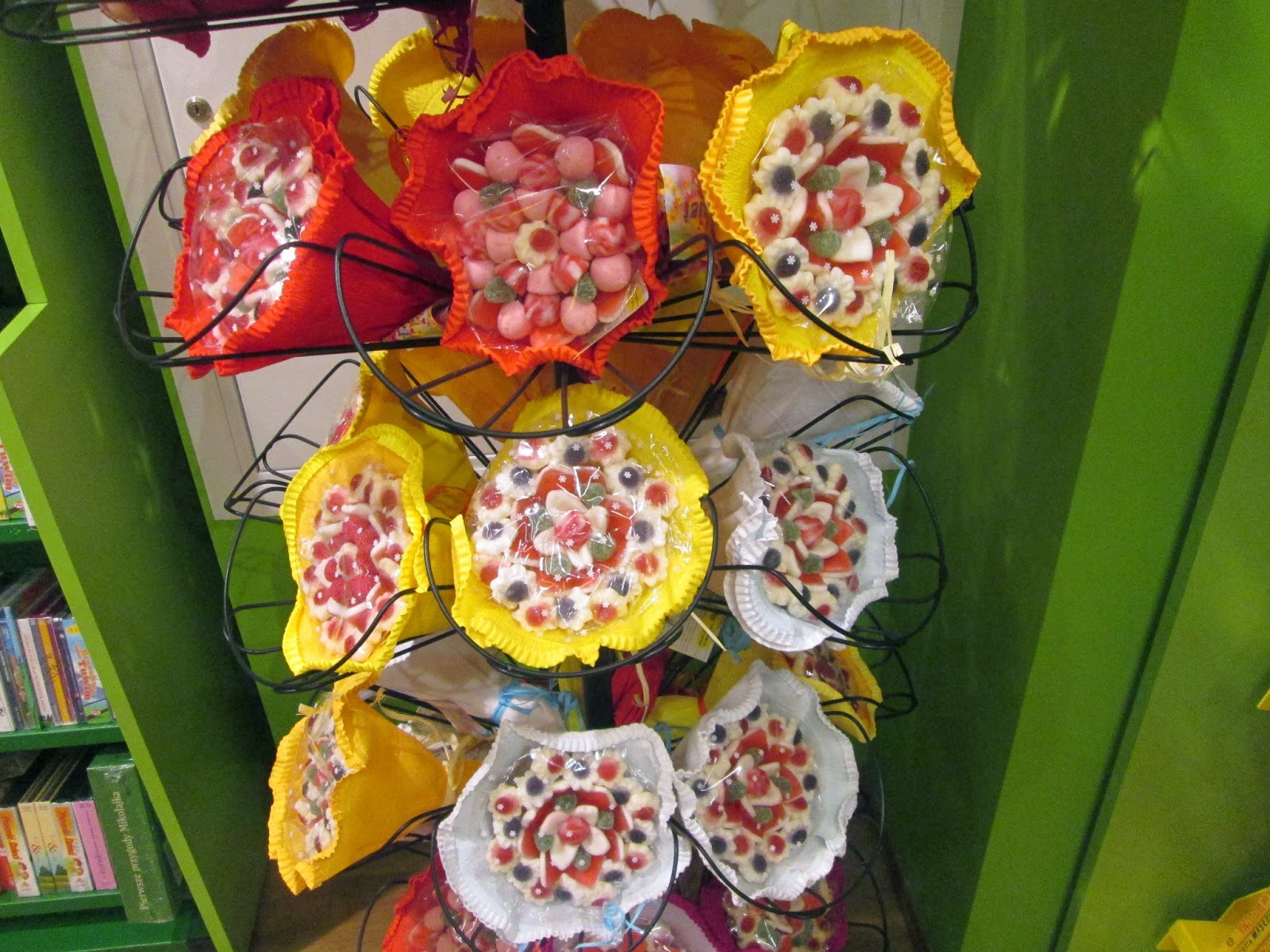 When I was ready for break I stopped at the Grycan ice cream store for a vanilla ice latte. 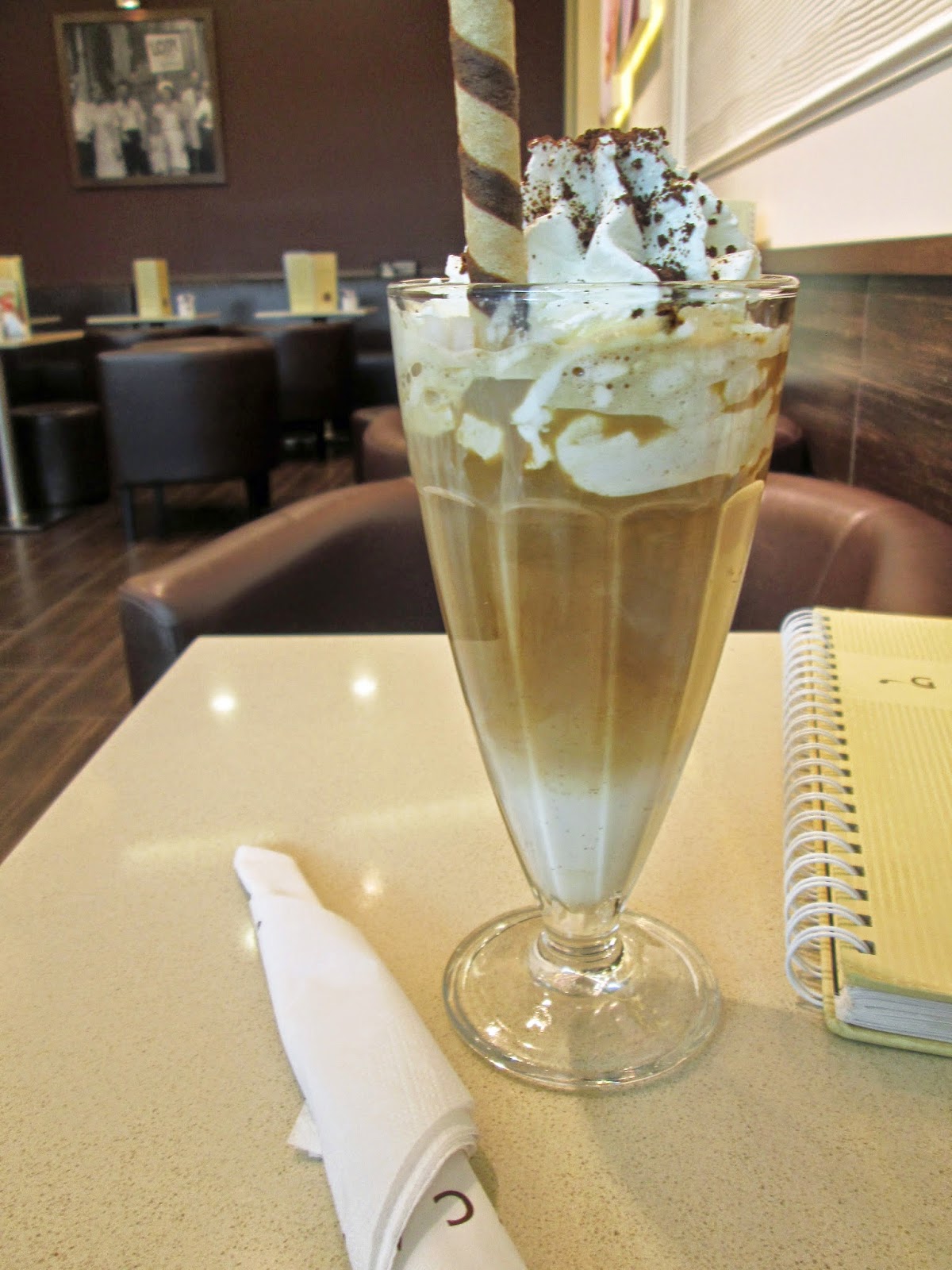 I decided next to take a bit of long walk to the post office and get the necessary stamps to mail my granddaughter's birthday card. I really confused the sales lady who helped me. She noted the envelope was empty. Yes, I wanted to translate the card first before mailing it, but I didn't have enough Polish to explain that, and it never occurred to me at the time to use the translator on my phone to explain that.

Next I wanted to see if the city museum had any temporary exhibits. I have seem permanent exhibits before. It is housed in the old city hall. 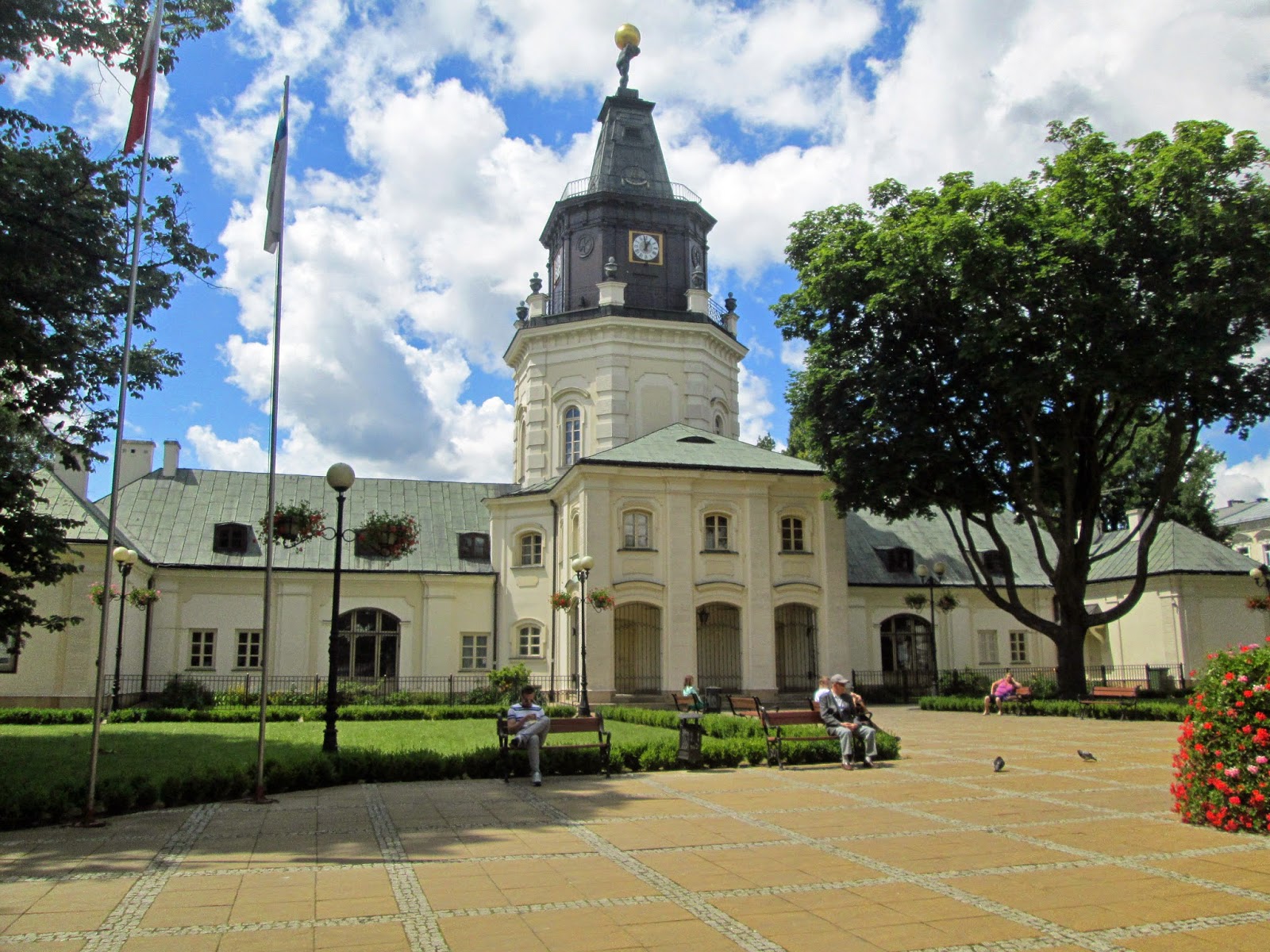 I walked around to the entry door and didn't find any news about exhibits, but I did find a lovely rose garden. 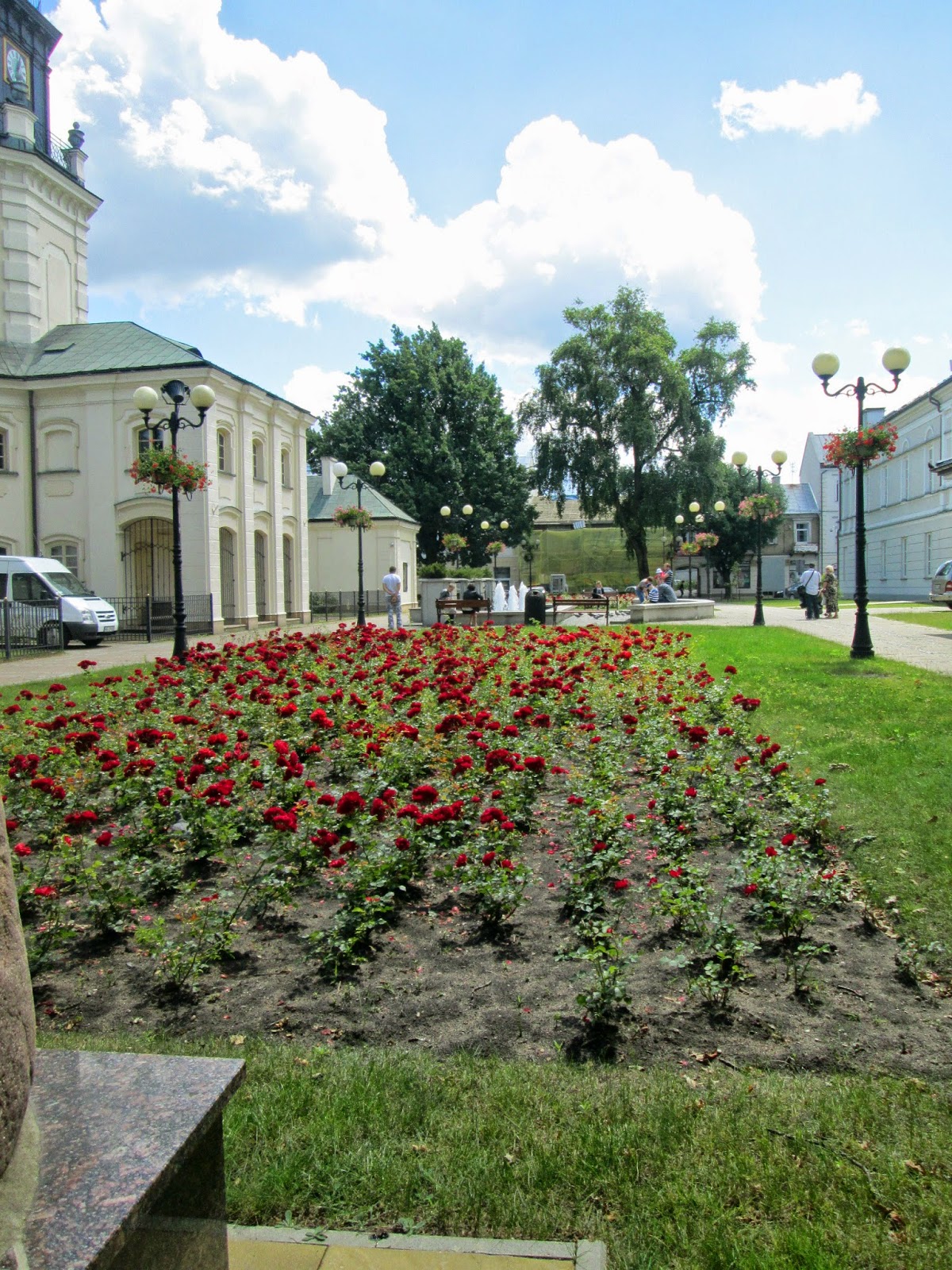 Nearby is the oldest church in Siedlce. 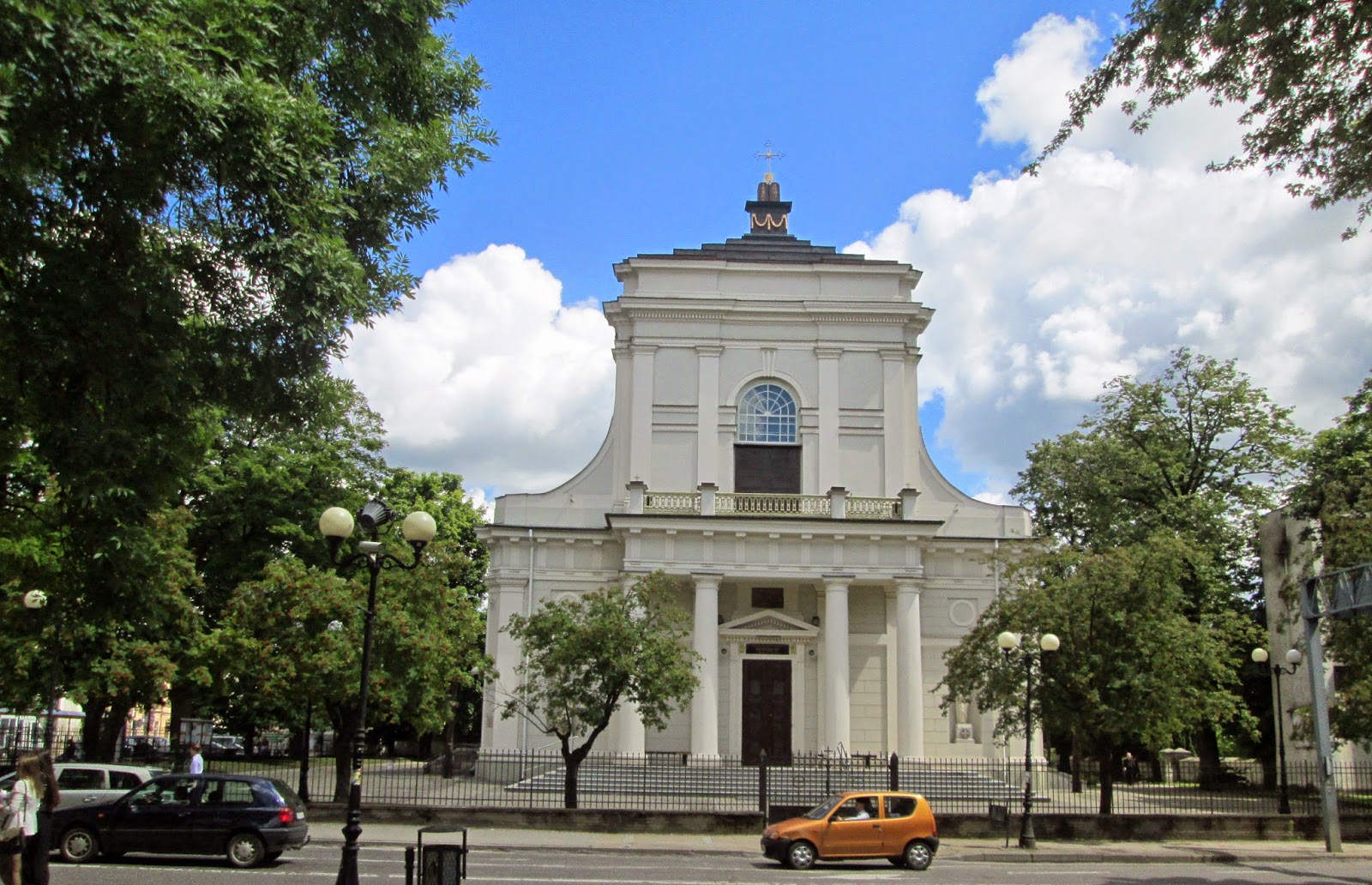 On a cold winter night in 2010 I attended a concert in this church given in honor of Pope John Paul.

I also found a monument I've never noticed before. 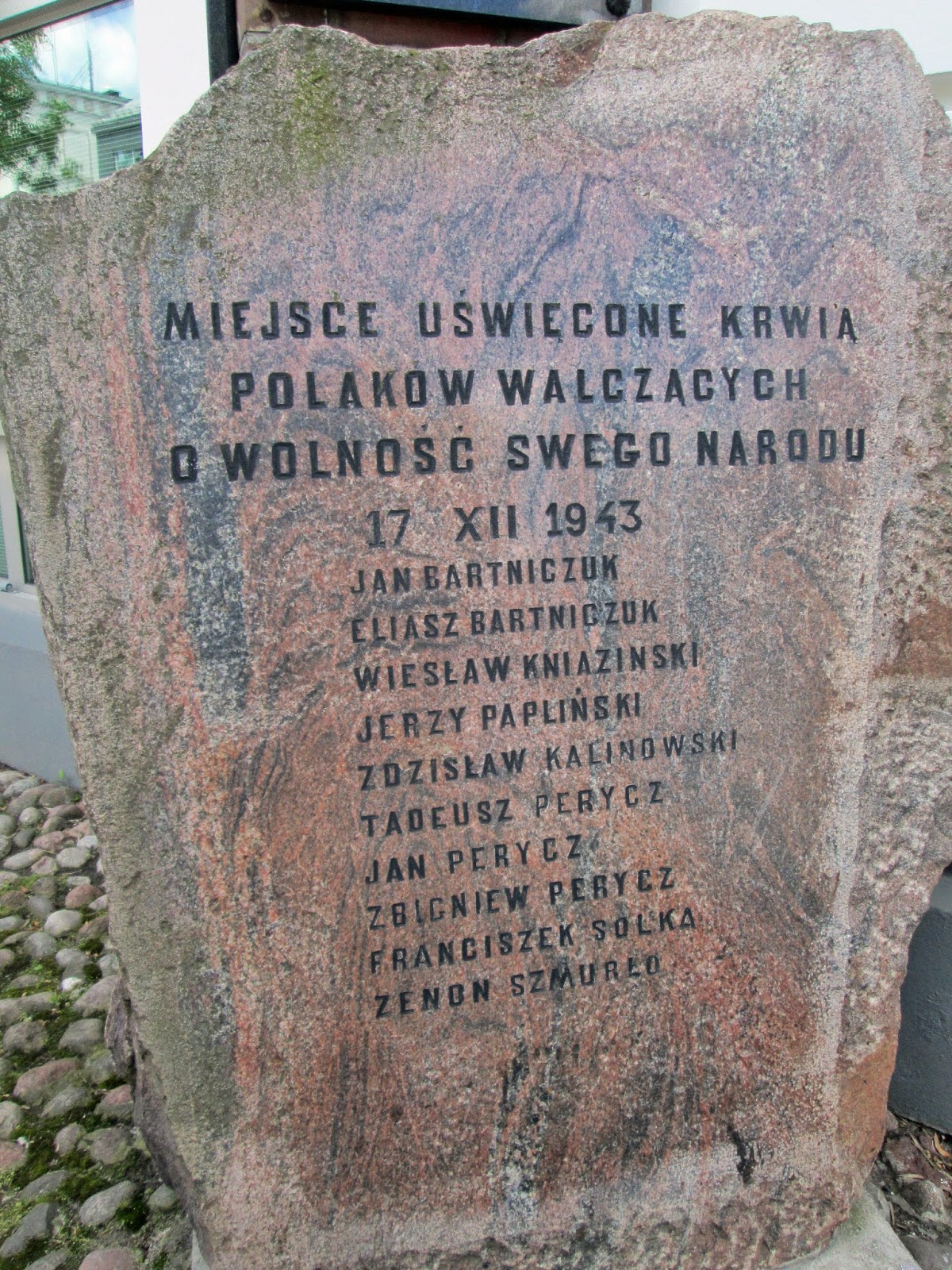 It says, "This place is sanctified by the blood of those who defended the nation." It apparently relates to an event on October 17, 1943. (The person who commented below is exactly right -- the date is December 17, 1943). While I can't find definitive information I am guessing this has something to do with the transport of people of people out of Siedlce by the Nazis, these people destined for the concentration camps. This action occurred in late October. I know the people of Siedlce tried to prevent this in many ways, and I am guessing -- with sadness -- that there was retribution for their valiant efforts.

Now I decided to head for lunch at Cafe Brama. 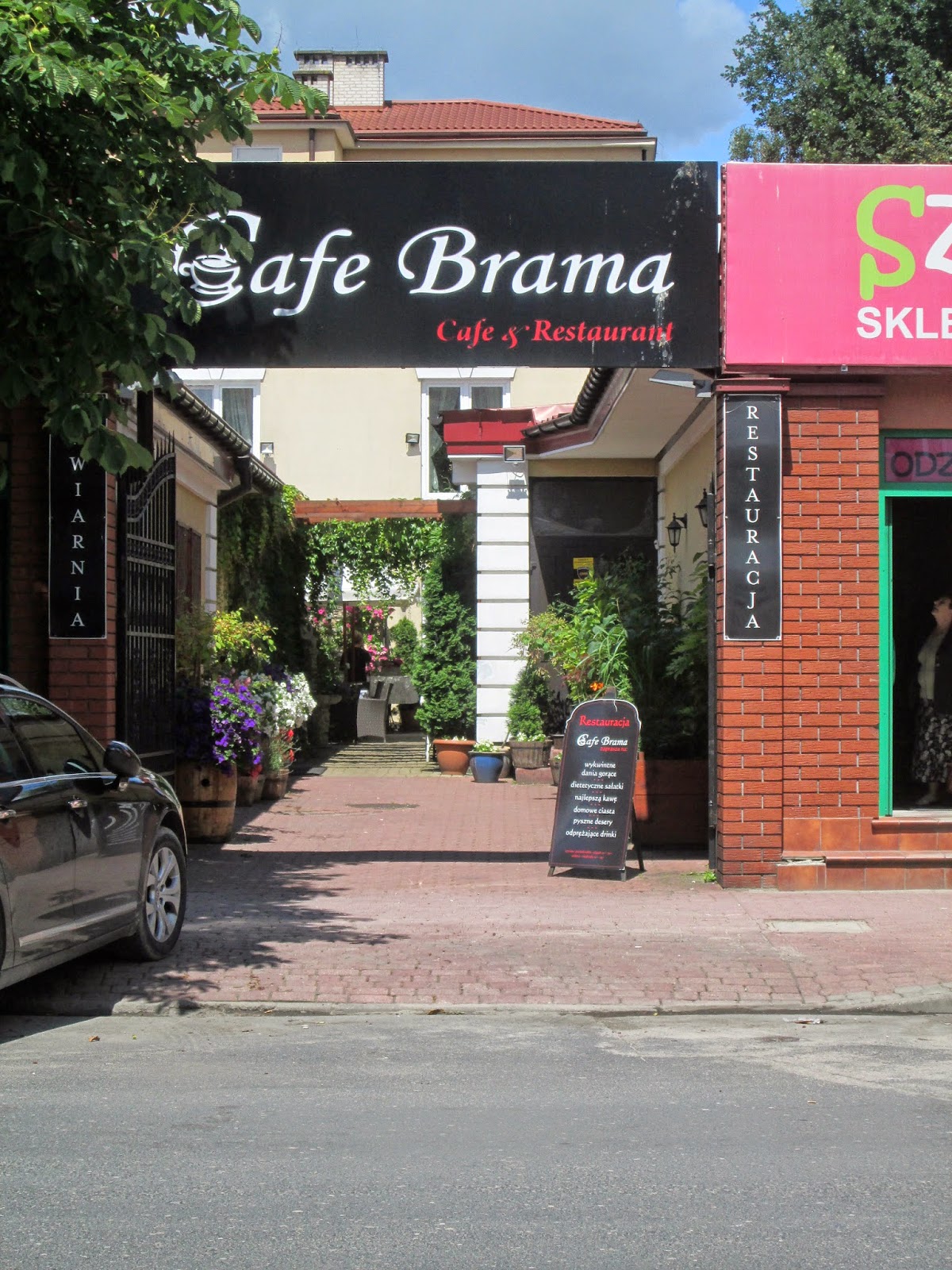 Having had a late breakfast and then the latte I was very hungry. So I started with soup. 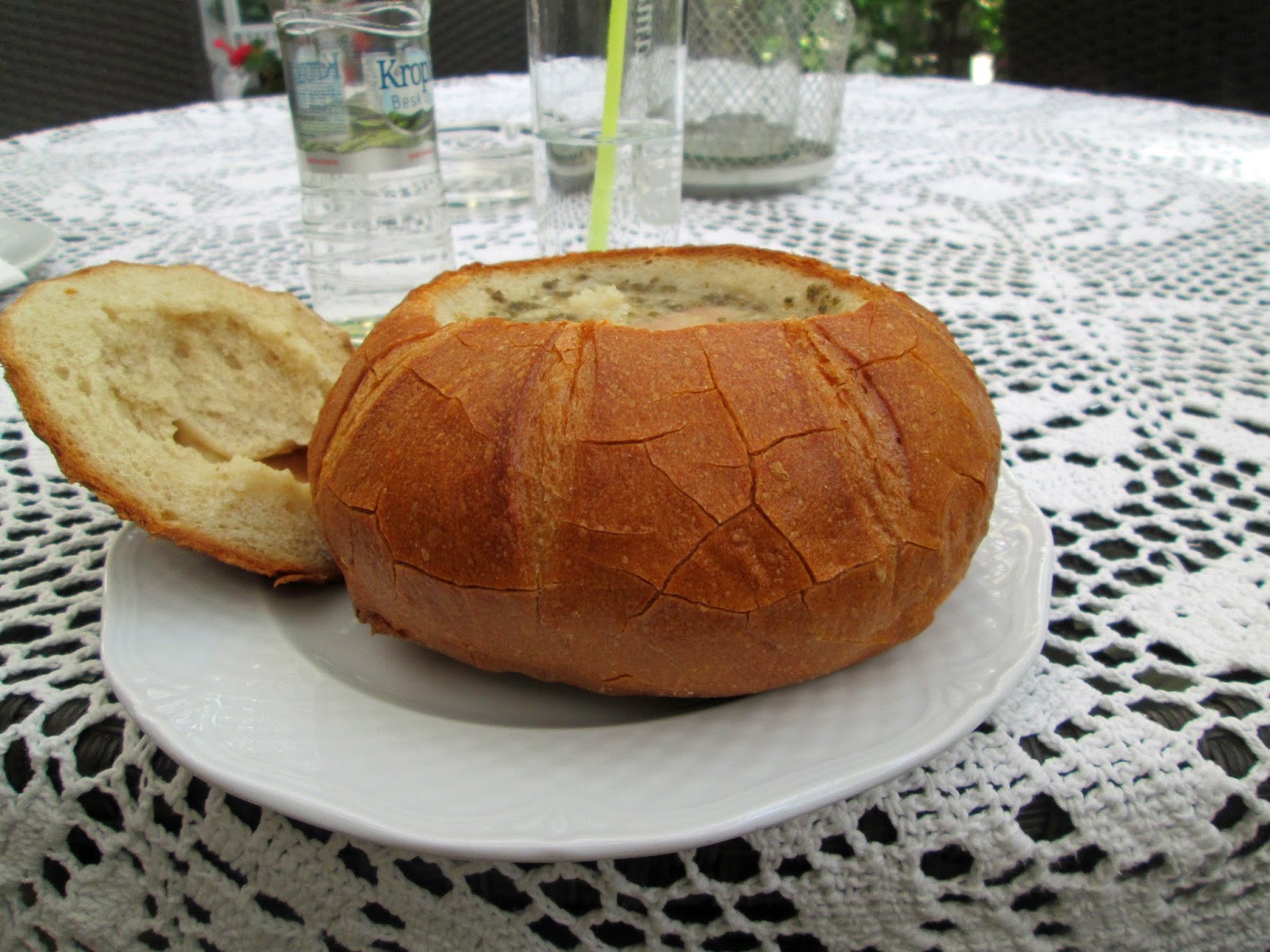 On the menu it said zurek with bread. I was expecting croutons in the soup, not a bread bowl. This is the first time I have seen soup served this way in Poland.

But after eating the soup, I did think dessert might fit.

I asked for something from the daily menu and was told it wasn't available, told by a shake of the head by the waitress. Then she suggested something that required about 2-3 sentences of Polish. I had no idea what I agreed to but was certain it would be good. 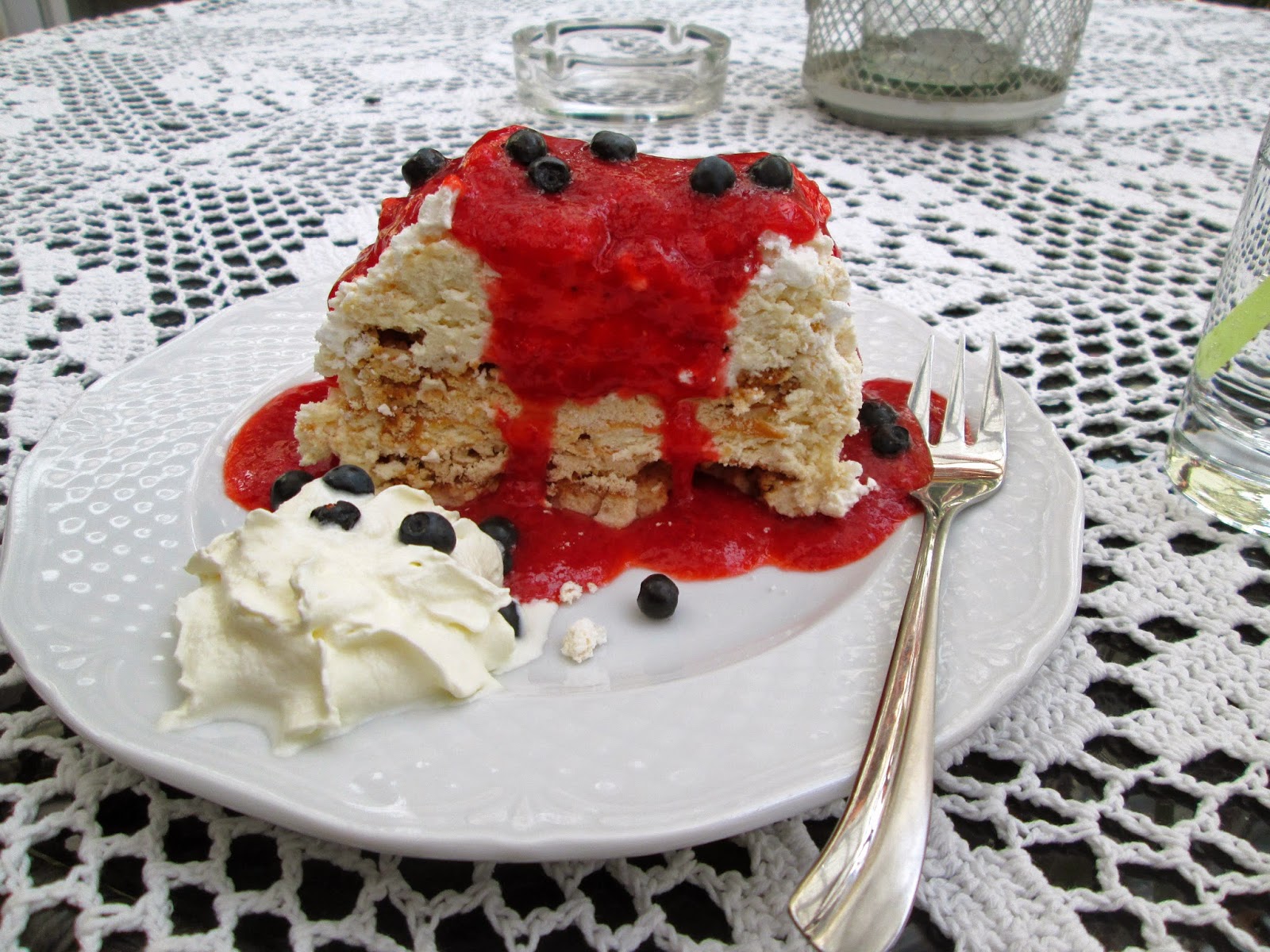 And indeed it was!!!

My last stop was at the Cathedral. 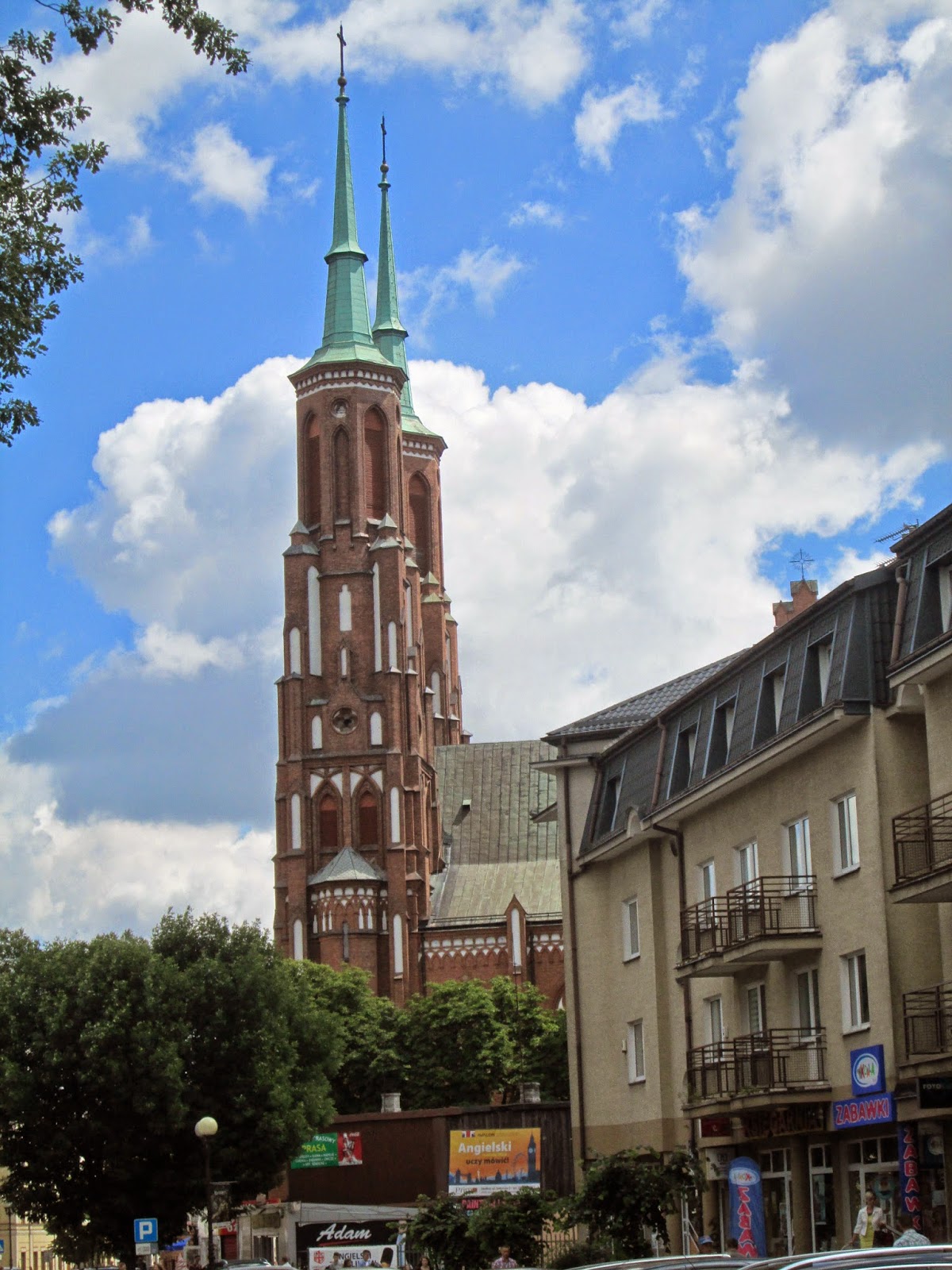 I use the church towers as a landmark to help me find my way around town.

I hadn't been inside for a couple of years. It was quite full of people at prayer and meditation, so I really couldn't take pictures. I stood way back the foyer for this. 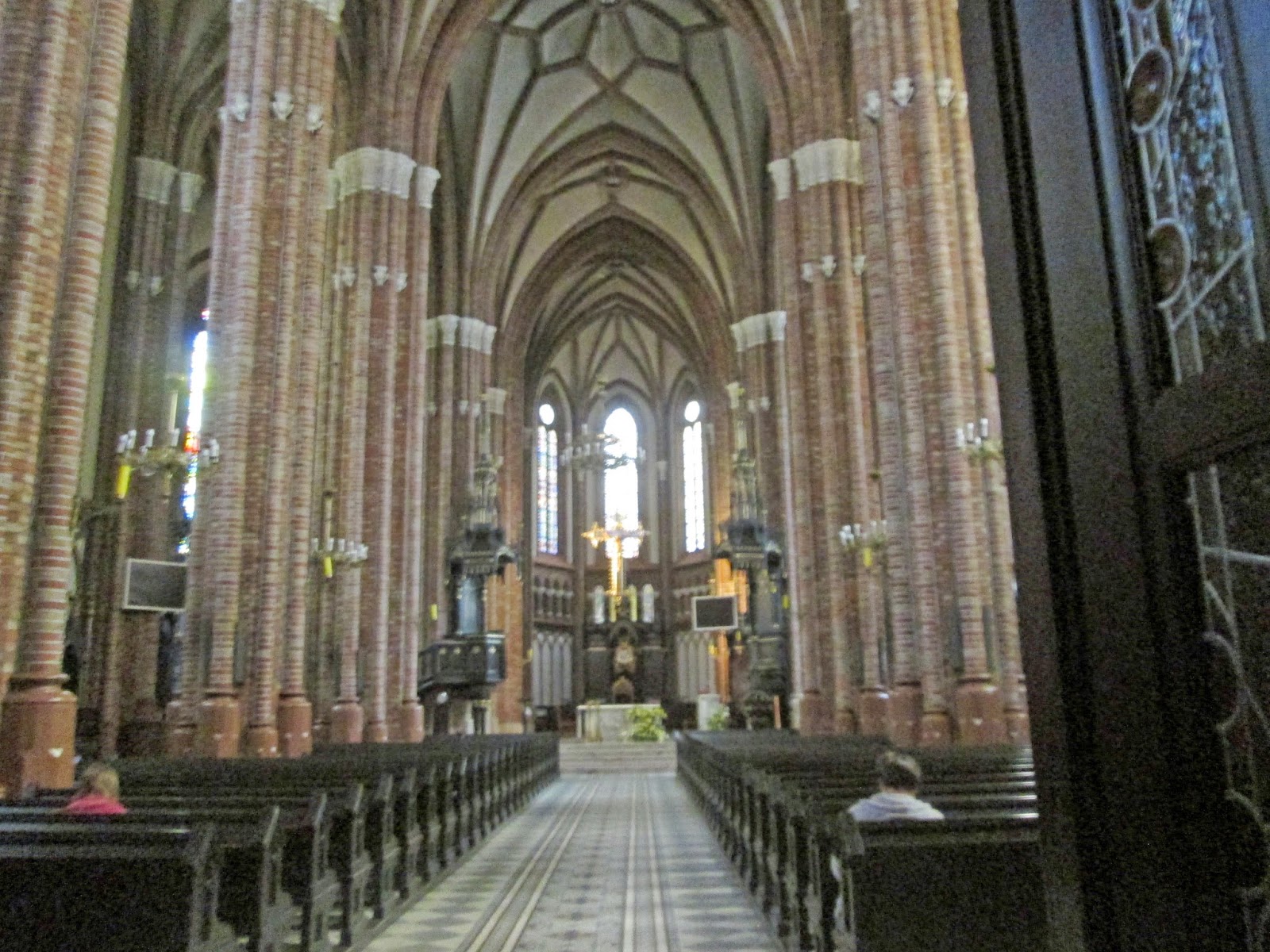 By now it was time to meet Dorota for a ride back.

Back at the hotel I did a manicure, read the Minnesota news on the computer and just caught up with life a bit.

About 7:00 I wandered down to the hotel cafe for a lovely supper. A very nice day in Siedlce.

We had soup in bread bowls a few times in both Krakow and Warsaw. Yummy. I think the date on that memorial should be December 1943 (not October). Enjoy your time over there, I'm envious.
Shaz in AZ

Thanks for catching my mistake about the month. Yes, indeed XII is December not October. I can only plead jet lag made my head crazy!

I like the idea of English (Polish) survival cards. I'll keep my eyes open. Let me know if you'll be passing through Poznan!

Lori
I am a professor emerita from Metropolitan State University in Minnesota. In 2010 I was fortunate to be a Fulbright professor with the University of Pecs in southern Hungary. The reports of my Fulbright experience are my personal thoughts and do not represent the viewpoints or principles of the U.S. or Hungarian Fulbright Commissions or those of the U.S. Department of State.